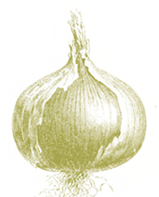 Catherine Walthers is a food writer, cookbook author, private chef and cooking teacher. Her first cook- book Greens, Glorious Greens, co-written with Johnna Albi, has become a cult classic as one of the first books on the market to demystify cooking leafy greens from bok choy to turnip greens. Her next book, Raising the Salad Bar, was named one of the 10 best summer cookbooks by NPR. Following Soups + Sides, her latest cookbook features 90 recipes devoted to kale in Kale, Glorious Kale.

Catherine also develops recipes for magazines and websites. She is a regular contributor to Martha’s Vineyard Magazine, focusing on island food, farmers and fishermen. Her articles and recipes have appeared in the Boston Globe, Boston Herald, Taste of the Seacoast, Coastal Table, Washington Post, Walking, Body & Soul, Cape Cod Life and numerous websites.

Catherine served on the board of Slow Food Martha’s Vineyard for many years, which she helped found. She has organized such events as the Kale Festival, Heavy Nettle Fest and Meet Your Farmers night – earning her the local title of Queen of Greens. She is also one of the founders of Island Grown Initiative, which works on farm-to-school education, gleaning, and local food production.

A native of Medway, Massachusetts, Catherine graduated from Boston University with a master’s degree in journalism, and worked as a reporter and editor at the Arlington Advocate, Tab Newspapers and the Boston Herald before veering off into the food world. She received her chef’s degree from the National Institute for Food and Health in New York City and started working as a private chef and food writer. Her home and West Tisbury Kitchen Lab is on Martha’s Vineyard, Massachusetts, where she loves to fish, forage, garden, visit farms and cook. She lives with her husband and has a college-age son.